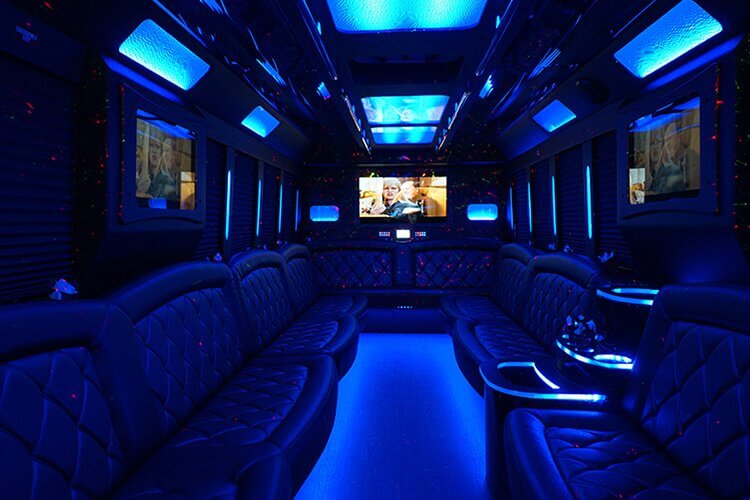 One of our flagship 30 passenger liners, this bus is simply the cream of the crop in it's class for Metro Detroit! Featuring comfortable accommodation for up to 30 folks, you're simply not going to be left wanting for anything if you decide to hire us to chauffeur your group around for the night. This one is popular for larger weddings, and other events that require getting a lot of people around in complete style and ultimate comfort. You'll be sure to enjoy the fact that we've included three of the largest televisions we could fit, as well as the super luxurious design we've had custom crafted just for your enjoyment. 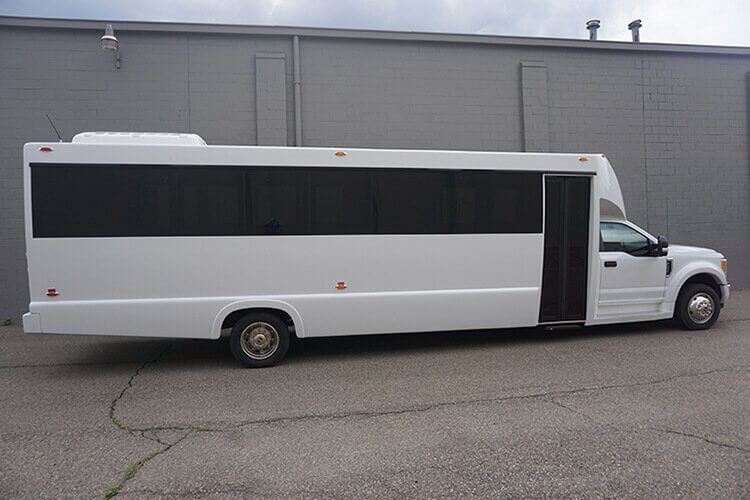 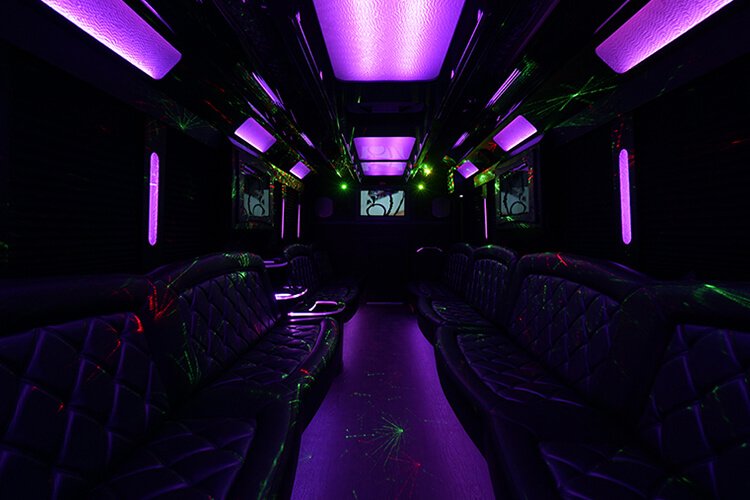